Home Labour Laws How to register your establishment under The Karnataka Shops and Commercial Establishment... 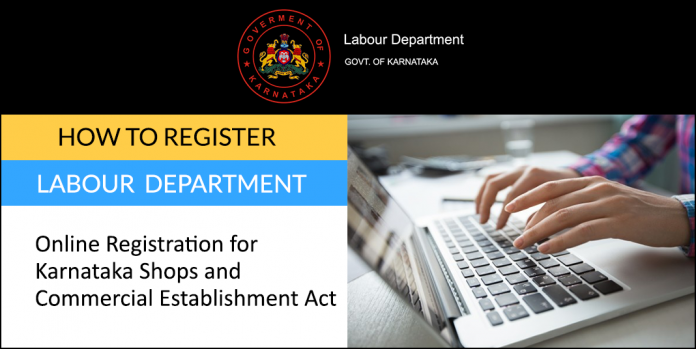 Broadly there are two frameworks of labour law enactments that cover organizations. One is The Karnataka Shops and Commercial Establishments Act (S&E), which is a State legislation administered under the Department of Labour. Second, is the Factories Act 1948, central legislation which covers all manufacturing entities that employ 10 or more persons using power, where prior approval is required from a building, safety, health, pollution, power standpoint.

Request a Demo for Payroll Services

Under the S& E Act, there are  8  types of organizations who are not covered under within the ambit of the S& E law. They are

3. Disability Services – Organisations engaged in the treatment and care of the handicapped or mentally unfit. 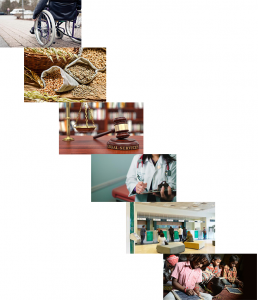 4.Food Corporation of India and all it’s facilities.

5. Legal Services – Lawyers and law offices that employ not more than 3 persons.

6. Medical Services Doctors and clinics that employ not more than 3 persons.

7. Banking Services and their Offices including branches.

New shops or commercial establishments in Karnataka are required to apply for Karnataka Shops and Commercial Establishment Act Registration within 30 days of commencing business.

Commencement of business is the date on which the operations commence, although the date of incorporation or formation may precede it. The determination of the commencement of business date is a matter of circumstance and the unit could be called upon to corroborate. Some of the ways to support such a determination is a date of production from production records, date of hiring from Attendance, Salary Register and similar records, Invoices, and Sales Register and may require to be further substantiated by the books of accounts and bank statements.

Who is the person who has to do the registration

Depending on the legal entity, be it a Proprietorship, Partnership Firm or a Limited Company,  it is the Proprietor, Partner, Director or such official of the establishment who would be the responsible person expected to register the establishment with the Department of Labour. At the time of first-time registration, you are to furnish the PAN No of the establishment and your mobile number.  In the sign-up process, your user name and password credentials will also be set up.

Below is a sample screenshot of the Sign-Up form 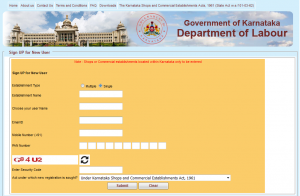 If for any reason, the user is not able to get the User Name & Password on his mobile or email due to technical glitches in the department portal, he can call the PRO section or he can visit the dept to collect the same.

Information to be filled in

1. Name of the Company
2. Postal Address
3. Telephone No
4. Email Address
5. Details of Director/ Managing Director/ Proprietor – Address, Phone No, email ID
6. Details of Authorized Signatory
7. Nature of Business
8.Date of Commencement of Business
9. No. of employees  in the Company (Male & Female to be mentioned separately)
10. Weekly Holiday

Jurisdiction of the establishment where it is situated and concerned circle in the S&E Department. The area is based on the ward’s of the city, a town which is mapped to Circles in the Labour Department.

9 Key Documents to be furnished

Along with the online form and information filled in, the following are the supporting scanned records to be furnished.

After filling up the application form, the user is required to pay the prescribed Fees. The fee structure is a slab system based on the range of the expected number of employees envisaged.

Payment of the prescribed registration fee would take you to the State Government treasury called  Khajane II at the following link.

Your application status can be viewed online. Online submitted documents have to be approved or to be rejected by concerned Labour Inspector within 15 working Days. After approval from the Labour inspector, a user can download the Shops & Establishment certificate online under Menu –Reports

Establishments having more than one branches

If an Establishment is having different branches in the city or in the same state they should obtain separate Shops & Establishment registration for each branch.

Shops & Establishment Licence is renewed once in Five Years.

The establishment is required to display at the reception of its facility the following abstracts so that all its employees are made aware of their rights and duties under the following labour related enactments.

Central Govt Ministry of Labour & Employment has taken various measures to promote ‘Ease of Doing Business’ through transformative reforms both legislative as well as governance, with extensive use of technology to provide better delivery of services to the businesses. There are 6 initiatives, which are :

The S & E Act and the Department of Labour attempt to regulate those who have voluntarily registered themselves as they have information on their location, nature of business and declared a number of employees/workers. The Factories Act, likewise covers those manufacturing, employing 10 or more persons.

However, with no strict zoning regulations in urban centres and mushrooming of business and retail entities encroaching into residential areas, whether the Department has a framework to identify the very many entities who do not register, or validate those who employ less than 10 persons in some manufacturing or assembly process are some of the open questions on enforcement of the S & E Act.

It would be observed that the information sought through the return or the Registers may be pertinent to the regulator and the establishment, but due to the archaic formats and forms of physical registers, establishments may have all the information but may not update the manual registers as it being a tedium and hence throw themselves vulnerable during any surprise labour inspection. They may end up with a list of defaults on the procedure but not on substance and thereafter become further vulnerable, as any labour Department notice is to be personally attended to. This becomes further compounded as it has come to many a establishments consternation that a written submission being handed over in the S & E Department,  unlike many other Government Departments are not received nor acknowledged by them. Therefore, the issue becomes even more complicated and frustrating as the substance of the issue is addressed but not the form and the process of redressal is loaded against the establishment.

Karnataka State would do well to adopt the Central Labour Department digital infrastructure of Shram Suvidha and digitize all the S&E compliances and returns.